If this is the first time you have tried to log in, you may need to reset your password.

If we have notified you that you have an account, but you don’t know your password, you may use the Forgotten Password link above to reset it immediately. 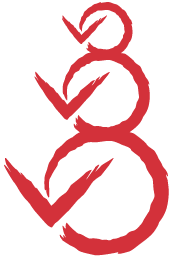 I had been an independent product development consultant for six years when I realized that I had made an important discovery.

In 2010-2011, four companies — Steelcase, Whirlpool, Novozymes and Novo Nordisk — had engaged with me to help them improve the effectiveness of early research and development—the “fuzzy front end.”  They wanted different things: speed and acceleration, focus and improved collaboration, more predictable launch dates tied to market need, the ability to improve the quality of concepts that were approved for development.

By 2012, the independent solutions had converged on a system I called “Rapid Learning Cycles.”

The term derives from an idea that Allen Ward, a professor at the University of Michigan, had begun exploring before his untimely death in 2004. Tim Schipper of Steelcase had also done some exploration of this concept and our efforts converged there.   Then others joined me.

Kathy Iberle, an expert in Agile, worked with me at Novo Nordisk to strengthen the Agile program management methods at the core of the framework.  Roger Johnson at Whirlpool and Carsten Lauridsen at Novozymes gave excellent feedback on early versions, and we ran pilot teams at all four companies concurrently. Along the way, I observed the teams’ progress, honed the practices that worked and sought to remove the obstacles they found.

Two years later, the framework was nearly in place — and it was working better than anything I had ever attempted to do in product development.

Teams were reporting that they were delivering programs on time or even early.  Development and testing costs were lower. Poor concepts failed faster, so that the good ones could be accelerated. Teams reported more focus on their most important work, with better engagement from stakeholders and partners.

Then they began to reap the benefits of all the extensible knowledge they’d built and captured.

Future teams could explore new ideas rather than solve the same problems over and over. They began to see increases in their capacity for R & D, after eliminating the project overload that is endemic in R & D organizations. The ones who stuck with it could explore new ideas, and leverage their knowledge in new ways.

And they were able to do all of this without distracting from the core mission of delivering innovation.

Conventional wisdom says that a change of this magnitude requires a lot of management if it’s going to stick. I had been part of the “Lean Product Development” movement, where we believed that Lean required a “mindset shift” that would take years to achieve.  Since management rarely has that kind of patience and product developers are focused on getting products out first, Lean tended to dwindle away after the initial effort, without a lot of time and resources to sustain it, and few saw any results for the effort they did put in.

Yet we saw solid results in six months with Rapid Learning Cycles, and full adoption in under a year.

In fact, a company that has fully adopted Rapid Learning Cycles has achieved the goals we had been trying to realize with Lean Product Development, years earlier than expected — whether we talked about Lean or not. Sometimes, Lean dropped away after it lost management support, but RLCs stayed.

Once I introduced Rapid Learning Cycles into a company and they gave it an honest try, it grew on its own.

It spread from team to team as one program manager after another decided they wanted to work in this way. Then R & D leaders decided that they wanted to reap these benefits on all of their programs. Even the companies that approached me for my work in Lean Product Development stayed with me for the Rapid Learning Cycles framework.  I can’t claim that it worked every time I introduced it into a company—but I will say that the ones who stuck with it past the first pilot program are still reaping the benefits today.

Once RLCs took root in an organization, they tended to stick around.

And most of the companies I’ve introduced to the RLC framework are still using it today — in fact, they consider their mastery of the framework to be a key competitive advantage they don’t want to lose. They saw that they were able to get their ideas to market faster.

You need to get your ideas to market faster — and so do your customers.

The world has a lot of needs to fulfill, and I believe that when innovators have the ability to get their best ideas out there faster, we all benefit.  As innovators, you build the future world that we will all live in. When you can focus their efforts on solving your customers’ most important problems, you secure your company’s future, strengthening the communities where you live, the economies where you contribute and your own future.

I needed to get this breakthrough into more companies so that their innovations could benefit us all.

In 2015, I held my first public workshop to see if I could grow this beyond my own capacity for private consulting without compromising results.  We had sixteen people in that class from five companies, and all but one of the companies have now fully adopted Rapid Learning Cycles.

The Rapid Learning Cycles Institute was created to get this out into the world.

In 2016, I launched the Rapid Learning Cycles Institute to give Program Managers the ability to demonstrate their ability to run programs using the framework that was delivering repeatable results, to ensure that the path of least resistance was to use the materials and methods we’d proven to work, and to provide community support for the people charged with driving Rapid Learning Cycles.

We invite you to join the community so that you can get your ideas to market faster.

The best place to start is to read my book.  I can’t promise that it will teach you everything you need to know, but it will give you a place to start, especially if you register the book and make use of the resources we’ve created for you.  If you’re not a reader or you want a tour guide as you explore the framework, we have an online class that gives you the option to hear and see the framework, and how to experiment with it.

Then come to a workshop, where you can experience Rapid Learning Cycles for yourself.

You’ll learn how to establish the Rapid Learning Cycles framework for a team, from the Kickoff Event to the final Integration Event.

We look forward to meeting you!

Empowerment. We empower our community to succeed with the Rapid Learning Cycles framework the first time.

Support. We provide support to help teams make a smooth transition to Rapid Learning Cycles without getting stuck.

Development. We continually seek to develop the framework so that it delivers even more value to our community.

Repeatable Results. We evolve the framework with rigorous experimentation, reflection and care so that teams experience consistent, predictable performance improvements when they embrace the Rapid Learning Cycles framework.

Community. We provide online and IRL opportunities for product development leaders to connect with each other about RLCs.

Members include anyone who has attended a workshop or online learning experience, or registered a copy of The Shortest Distance Between You and Your New Product.

Every online or in person learning experience includes support to overcome implementation challenges and guidance for how to maximize the value of the framework in the context of your specific program and organization.

Once program managers have competed the two-day workshop and met other certification standards, they become members of the Rapid Learning Cycles Certified™ Professionals community.  We support this community with online and in person events to continue to build competency, share best practices and develop the framework.

In 2015, Katherine published the 1st edition of The Shortest Distance Between You and Your New Product.  In 2012, she published the Shingo Research Award winning book The Mastery of Innovation, based upon her research into Lean methods for product development. 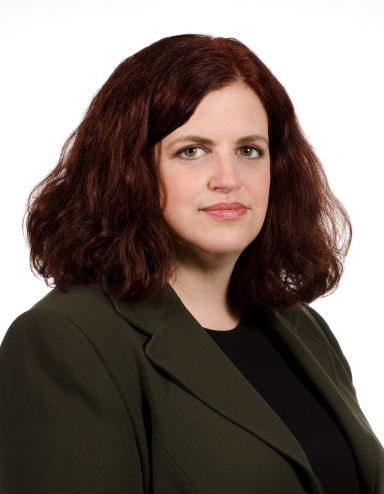 As fellow product developers, we understand the importance of keeping key information confidential.

We will never share or sell your contact information, but we may send you updates and special offers from time to time.

You can always unsubscribe for any reason.